“It was a lover” from Gerald Finzi

On the occasion of a concert by the German Church in The Hague in October 2009, Dorothea and Johann played songs by Hanns Eisler together for the first time. A year later a program followed with songs by Schubert, Schumann and Wolf. This was the time when the two graduates of the Koninklijk Conservatorium Den Haag decided to work together for a longer period of time. The desire to explore the unknown repertoire and deepen the familiar led to a program with less frequently performed songs by Carl Loewe, the famous cycle ‘Frauenliebe und Leben’ by Robert Schumann and songs by Arnold Schönberg, Alexander von Zemlinsky and Richard Strauss. 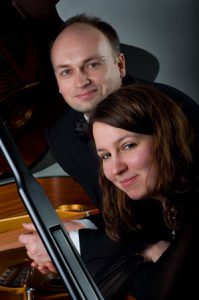